How to Survive Driving in Miami 101

To all the tech bros, Russian oligarchs, and Latin American kleptocrats who recently moved to the Magic City, thanks for raising our already untenable rents. When you’re not busy laundering money via cryptocurrency, strip clubs, and/or overpriced real estate (financial malfeasance is our citywide pastime), you might be wondering how to how to survive driving in Miami.

Well, forget public transit and welcome to the shit, where 20-car pileups and golf club melees on the I-95 emergency lane don’t even make the evening news—they barely make Only in Dade’s IG. Our unofficial county motto is a ten-second horn blast followed by a crash. Even the omnipresent roosters, ibis, and peacocks want to mess up your car. You’re in it now, and if you want to survive, you’d better wise up. Below, you’ll find a handy tutorial on how to avoid imminent death the second you get behind the wheel in the 305. 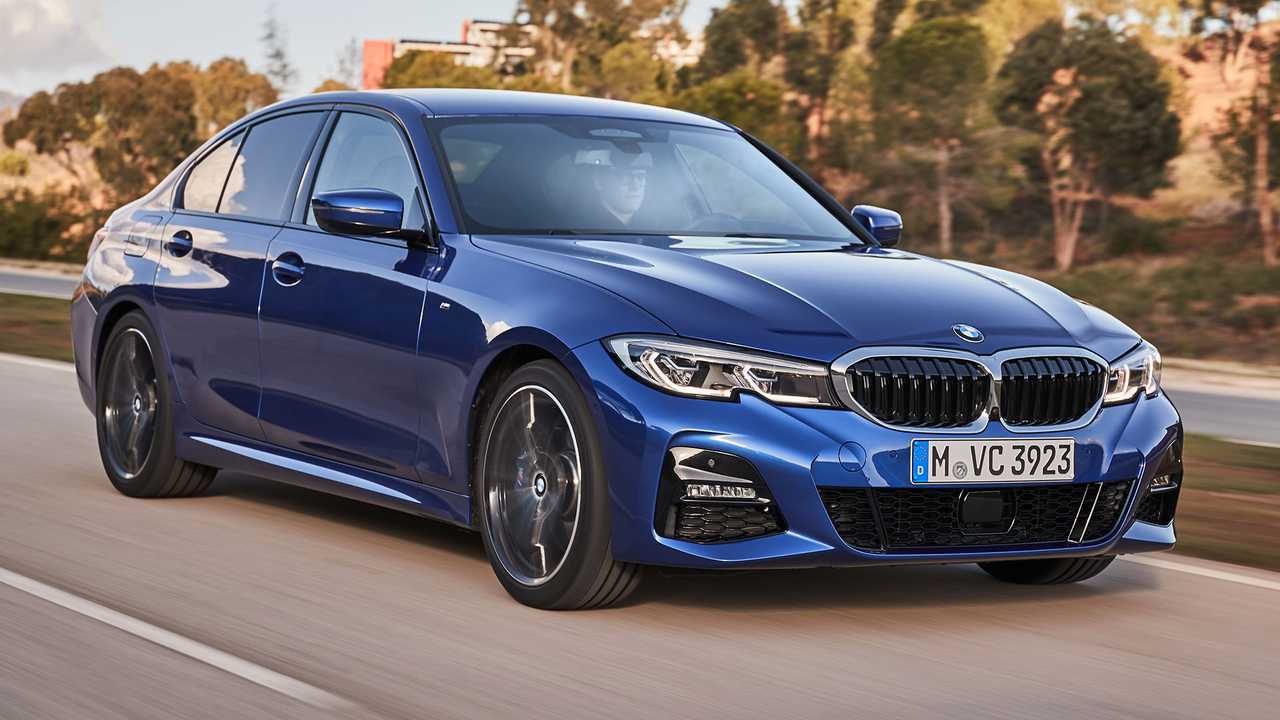 Can’t afford a Beamer? Good. Would leasing one endanger your ability to pay your mortgage/rent/student loans/credit card? Even better. You see, many Magic City denizens are obsessively fixated on one objective to the detriment of absolutely everything else in their lives: being a papi. An entry-level luxury car is just the price of admission.

“But what exactly is a papi?” you may ask. Papa, a papi is a hardcore baller with an overinflated ego and nonexistent self-awareness. They’re the superstars weaving in and out of traffic at 105 miles an hour, because God forbid they arrive at E11even after their buddy Juancho the promoter gets off work. These papis are also the most dangerous fuckboys on the road. They will happily drive you and your entire family into a ditch if it means they can run that next light five seconds after it turns red rather than 10. And they will only respect other Fast & Furious cosplayers with sick-ass rims, nasty spoilers, and that weird little thing you put in your muffler to make it sound like a lawn mower. Driving in Miami is bareknuckle Darwinism. Using a turning signal is like strapping a police siren to an Arctic hare in the middle of wolf country. You’re surrounded by predators who will pounce the second you do anything as stupid as even suggest your desire to shift lanes. There is only one acceptable way to change lanes in Miami: suddenly and with no forewarning. 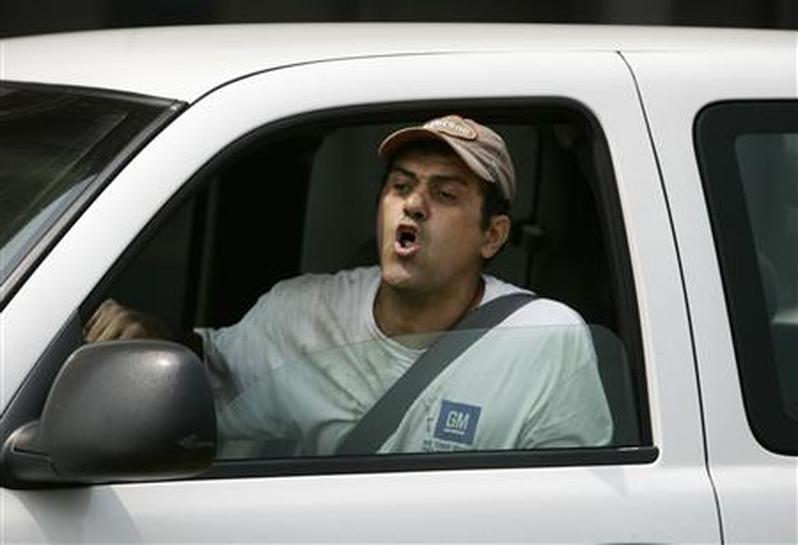 Ok, yes, road rage may be a warning sign of intermittent explosive disorder, but when driving in Miami, it’s just our friendly way of saying, “Hi! Welcome! Now get the hell out the passing lane.”

You will often be exposed to Spanish, Creole, Portuguese, and other multilingual cursing. Consider this an impromptu, open-armed cultural immersion program. Tailgating translates into a sign of vehicular intimacy, a desire to understand you and your perspectives by getting within millimeters of your rear bumper. Middle fingers are single-digit waves, and cutting you off is just an unsolicited test of your quick reaction time. 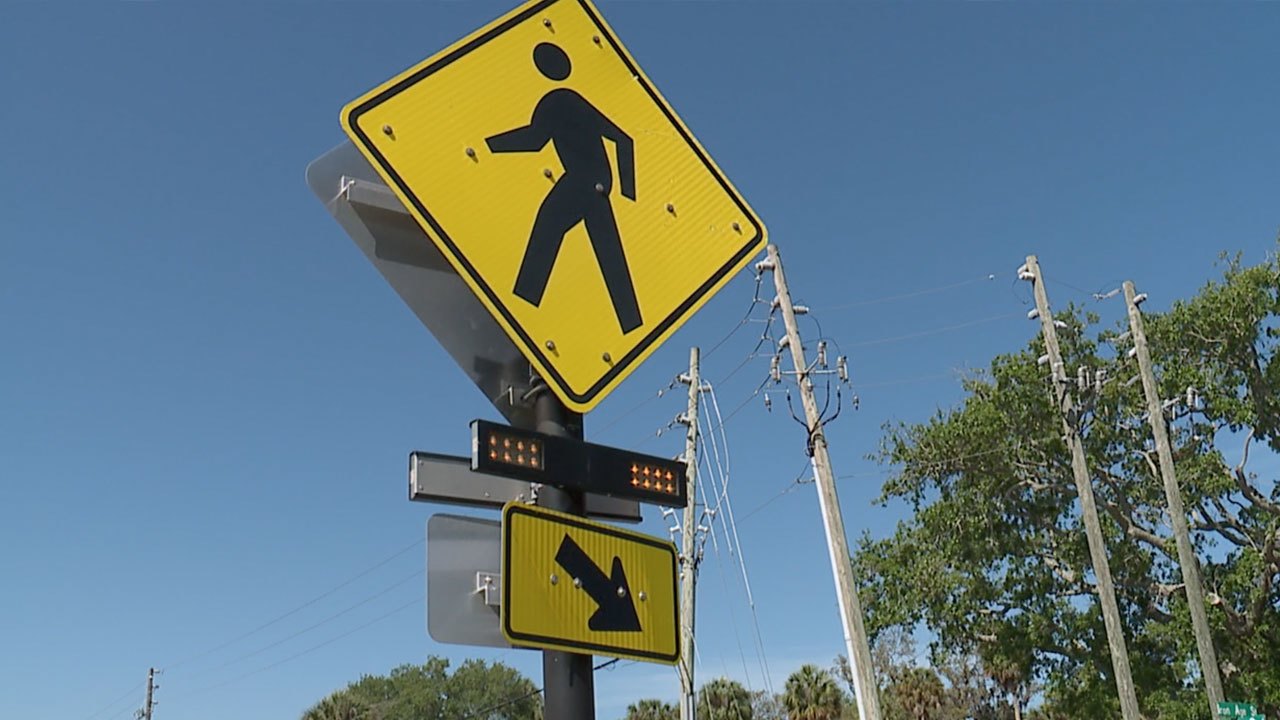 This may sound crazy, but some Miamians voluntarily eschew the safety of a two-ton mobile metal box to traverse the city ON FOOT. Lunacy, I know. Pedestrians will occasionally attempt even more irrational maneuvers, like crossing a street at a corner with a red light when they have the right of way. Poor souls. The best way to shake them out of their insanity is to lay on the horn, roll down your window, and scream obscenities. Then immediately call your nearest health care provider to order an ambulance and have them institutionalized. 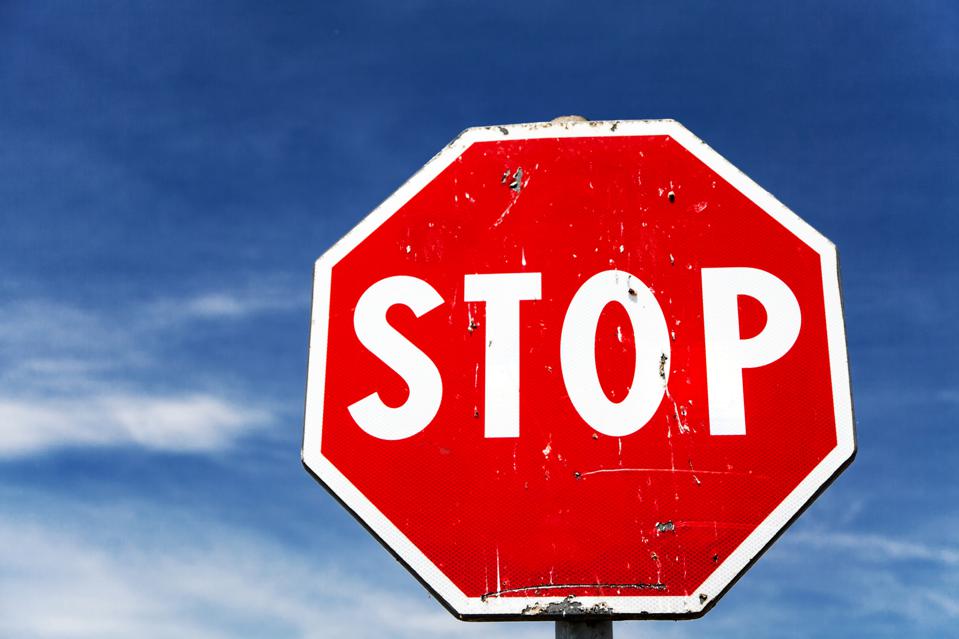 Ahhhhhh… these things are hilarious! The joke being that anyone in Miami would take them literally. At best, “stop” just means “slightly ease off the accelerator.” Four-way stops are multi-car jousting contests. Don’t you dare besmirch your honor by letting the person on the right go first! Who cares that you arrived last?? Gun that engine and weave the gap between three other cars barreling at you like Medieval battering rams! Publix closes in 20 minutes and daddy needs his chicken tendie sub! 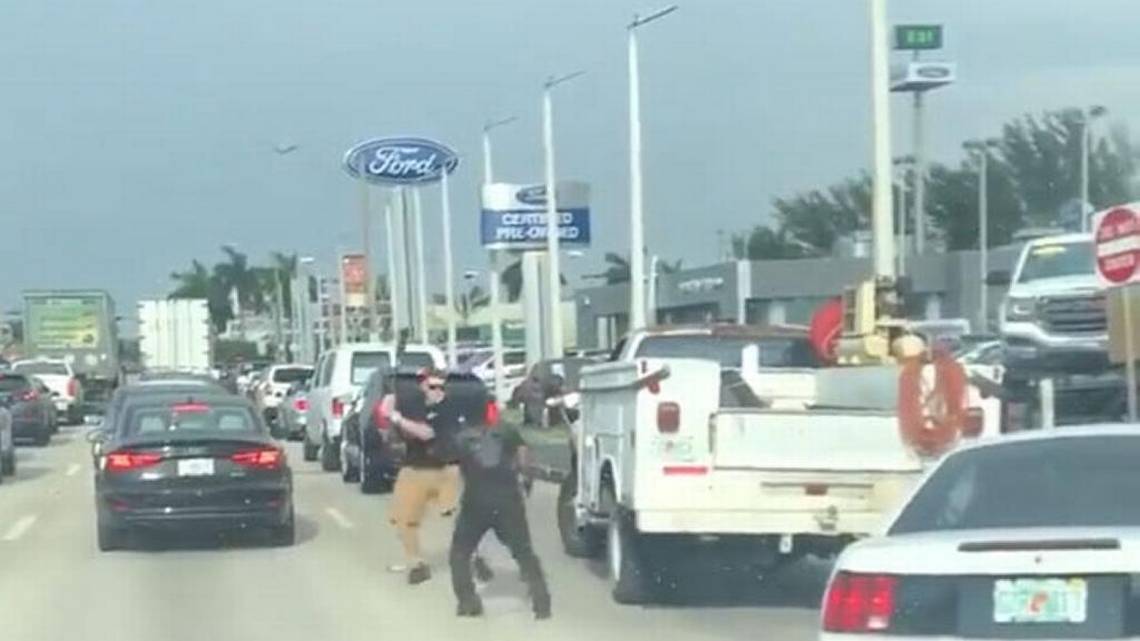 Scared yet? Thinking about doing something truly ridiculous like advocating for a functioning public transit system? You’d better not. That sounds a whole lot like fear. And fear is catnip for Miamians behind the wheel. Think you’re safe at home? Fuck no. Someone is just as liable to barrel his F-150 up your front steps and into your living room as sideswipe you on the Palmetto. You came to Miami for the weather, low taxes, and party culture, but you’re stuck with our full-blown traffic crazy. Buckle up. Or don’t.

If you like our stories, check out the first free chapter of our new book.

'Miami Creation Myth' author Andrew Otazo has advised officials on Cuba policy, worked for the Mexican president, fired a tank, and ran with 30lbs of trash.

Checkout the first chapter of 'The Miami Creation Myth.'

Enter your email to be the first to hear the latest news and updates on The Miami Creation Myth.

← Miami Ranked Most Swimmable City ← Son of Immigrants Living on Native Land Colonized by Spain, Annexed by the U.S., Built by Bahamians, and Developed by Refugees Wants All the Foreigners to Leave

Enter your email to be the first to hear the latest updates on The Miami Creation Myth.